Here you'll find documentation of some of the animals and fungi that we've found in our biodiversity garden (it's easier said than done - something to do with legs and wings!). 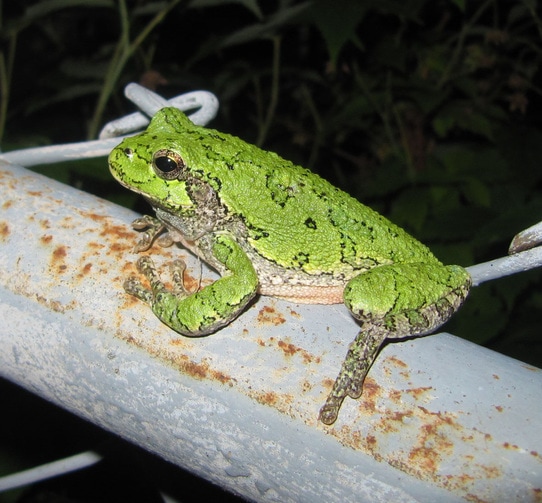 One November evening while walking in our biodiversity garden we came upon a red-backed salamander eating an earthworm. 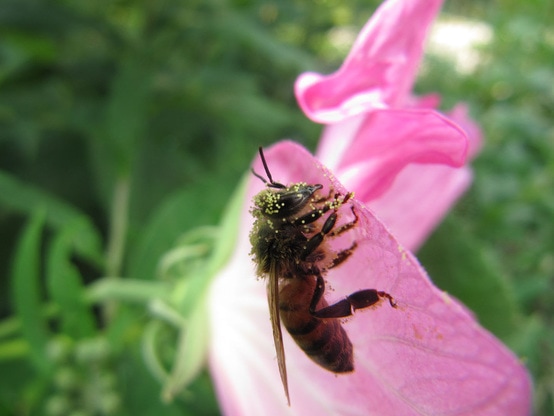 The honey bee is not a wild bee, on swamp rose mallow ("Hibiscus moscheutos")
The honey bee (Apis mellifera), or European honey bee is a common sight in our garden. We have many native bees, but sadly it appears to be the most common bee species (we haven't done an official insect inventory -- yet). Although it is an important crop pollinator and the producer of honey, it is not a wild bee. It is a domesticated insect, managed by humans. The honey bee is not native to North America, but to Europe, Asia and Africa. Our native insect pollinators include hundreds of species of bees, wasps, flies, butterflies, beetles and other insects. Native insect pollinators are in decline in North America due to habitat loss and other factors, and they need our help. A biodiversity garden provides critical habitat for our native pollinators, and a healthy ecosystem for humans as well. 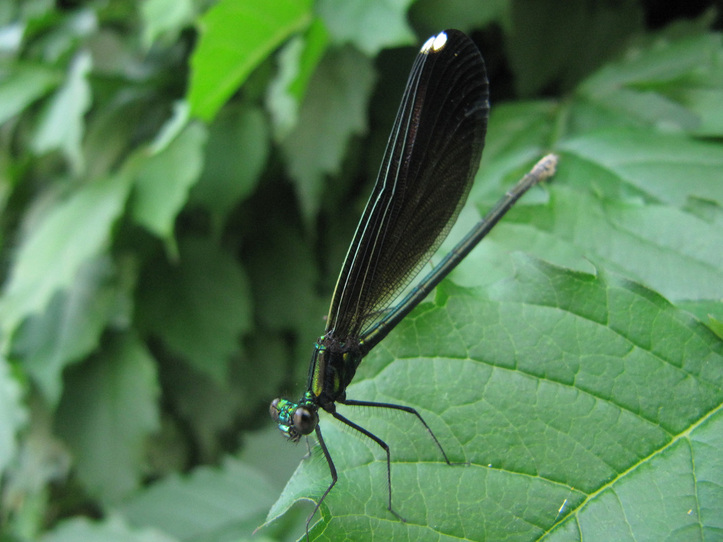 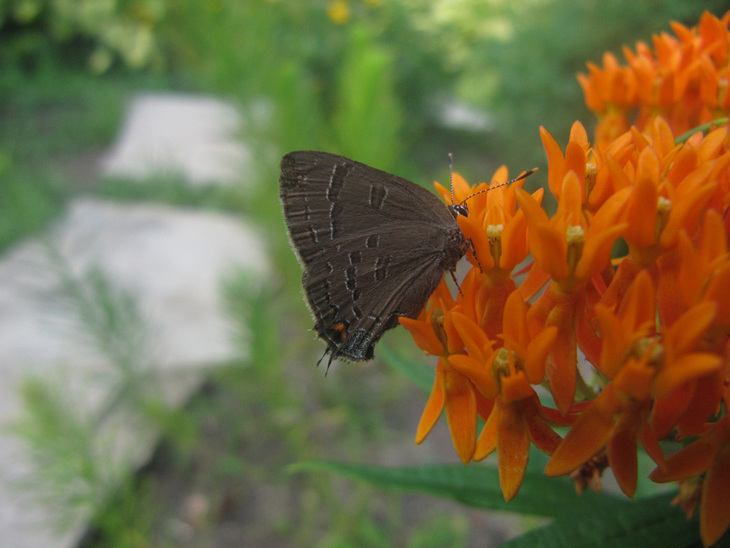 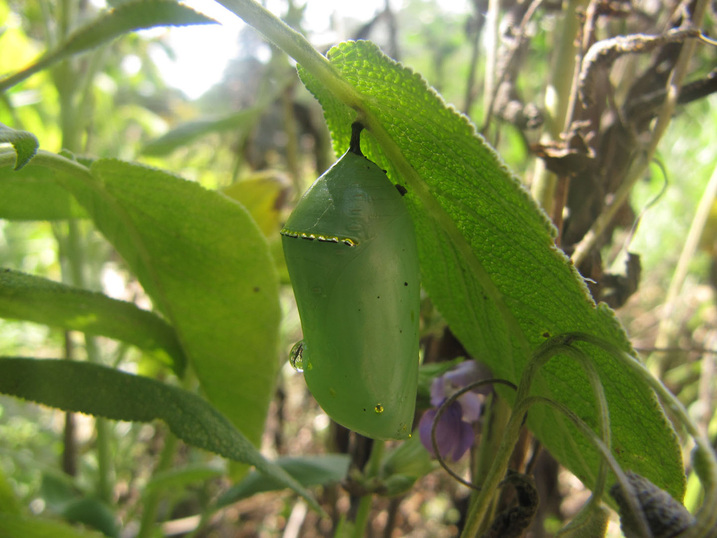 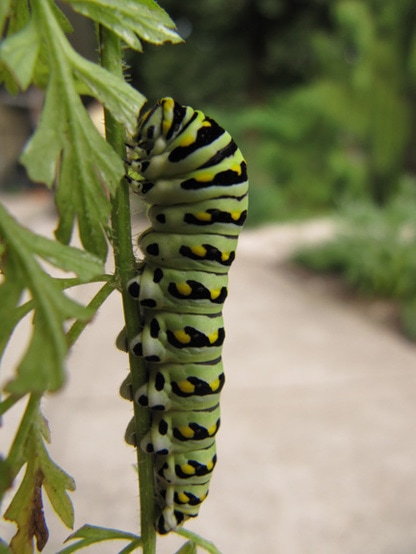 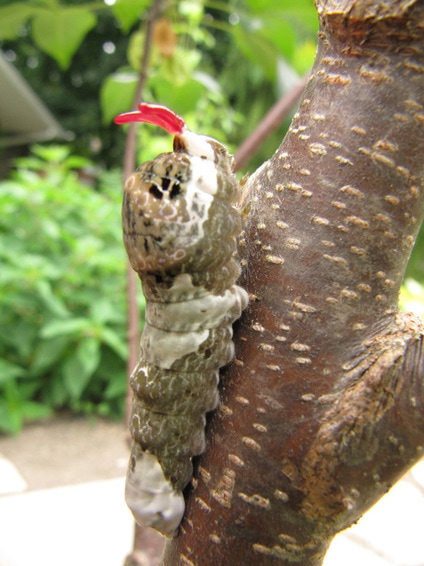 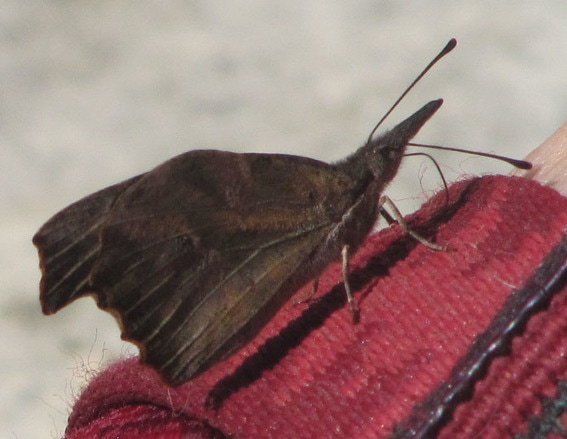 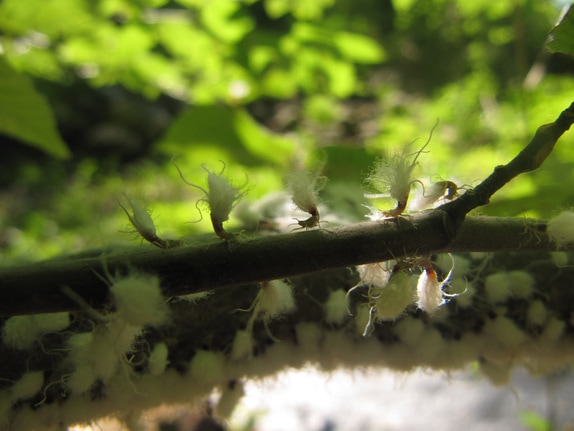 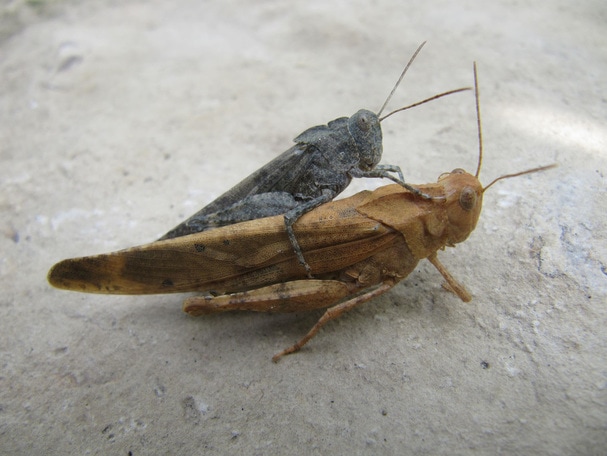 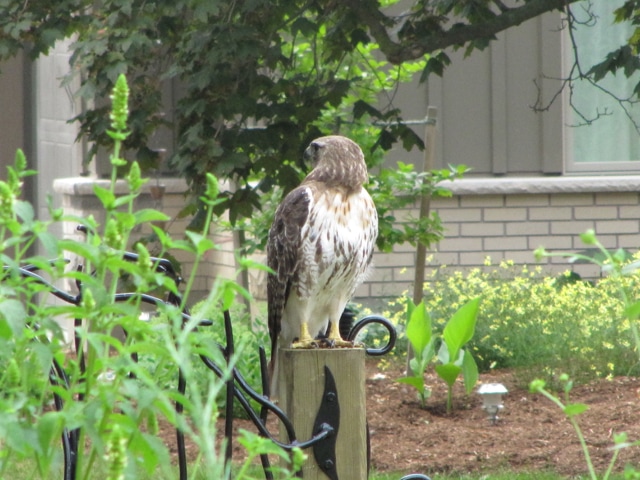 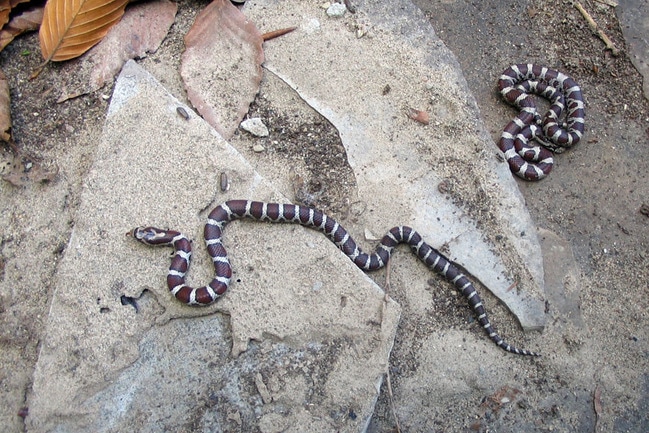 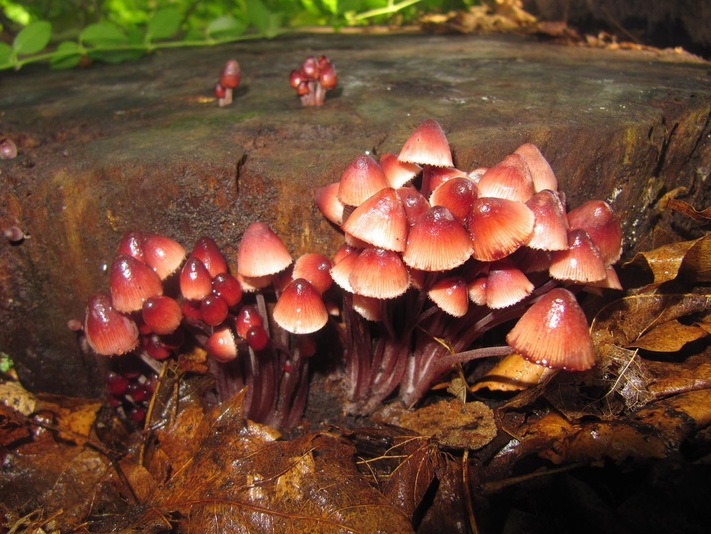 "Mycena haematopus" feeding on dead hardwood. If you break the stem it "bleeds" deep red sap